The first webinar I watched was about coding from early elementary through middle school. The moderator, Linda Martin who graduated from MIT, talked a lot about different ways to incorporate coding into early education curriculums. She talked about a lot of resources you can use in a your classroom like Scratch and Scratch Jr. and code.org. Martin also discussed many ideas to how you can turn different coding lessons into non-screen time activities. She gave an example of board games and a tag game that she invented herself. Overall this was a great experience and I also got to see just how involved my school already is in coding. Many of the resources she was showing we use in my middle school, like a Lego coding competition, so it was fun to be able to put my knowledge out on the chat board as well! 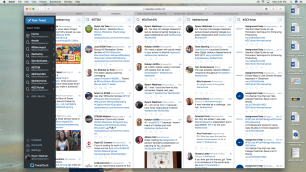 Yay, my first Twitter Chat is complete and I am currently feeling a little sad about it. It was about a conference that I am not currently at which is a little disappointing, but it did give me some inspiration to look up the conference and it looks amazing! They were discussing the ISTE 2017 Conference in San Antonio, Texas. They have many different conference formats include an EdCamp, panels, lectures, and virtual discussions. Now that I am more involved in educational technology this conference looks really interesting and maybe next year I can put in for a grant through my district and get to go and see what it is all about!

So this chat could be classified as a fail. There was no mediator giving questions so I started by asking a question about Pre-Algebra resources, but no one was able to answer the question. I’m not sure if this is supposed to be a chat with a leader or not, but it wasn’t my favorite. It fell out pretty quickly and there was no real participation. 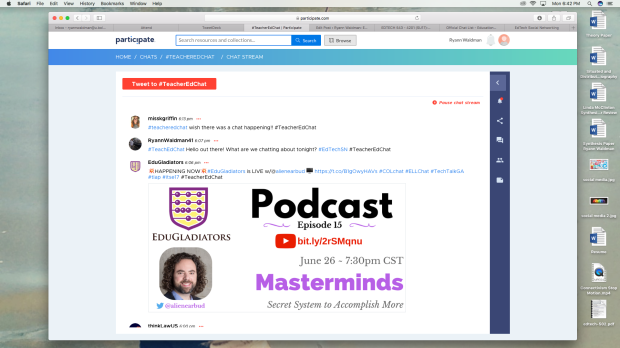 This chat was even worse than the #msmathchat! This one brought me to a second location to “participate” in the chat but no one other than @misskgriffin was posting anything. I tried to click on the podcast thing that is being advertised but it was only a picture, not a link so I couldn’t find how to get to the podcast. I’m not sure where this chat was supposed to happen, but on the calendar it said that one was supposed to happen! I am finding that Twitter isn’t very consistent and I shouldn’t rely on the calendar to tell me when the chats are going to be happening because they aren’t happening. 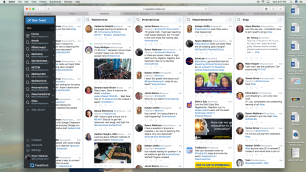 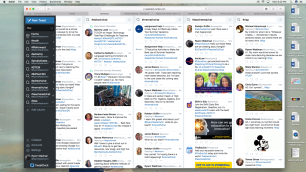 This chat was far more successful! First off, I learned that #tlap is actually called Teach Like a Pirate which is awesome. Second, the question format was super fun because the leader compared each question to The Hunger Games so things were relatable and entertaining. It was really fast paced so it was hard to read everyone’s responses but it was great seeing what other people were posting. I find it hard to believe that some people have time to respond with pictures because my fingers were flying and I was barely keeping up! The #tlap also has a book that I am interested in looking up and seeing what it is about. I might have to add it to my summer reading list! Overall, this chat was very enjoyable and actually kind of fun. 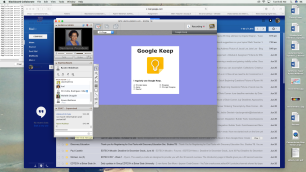 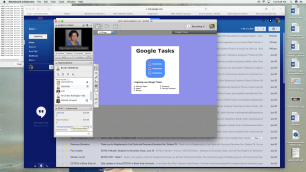 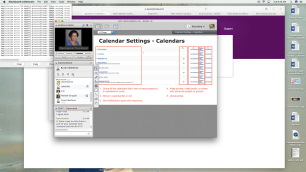 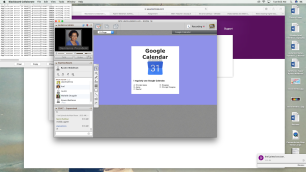 I love Google! I love it for Docs and Slides and Forms, but I don’t know much about Google Calendar and nothing about Tasks or Keep. Some new things I found out about in Calendar are that you can set appointments in different time zones for when you’re traveling! This is amazing news since I will be out of the US for the first week in July so I can use it to change due dates for things that I will be working on while I am there. I also learned how to color code different evens, that you can click and drag things around instead of deleting and re-adding an event, and that you can collaborate with other people on your calendar. Google Tasks just seems like a virtual checklist to me. The coolest part was that students can use it when they are working in a group to share what they still need to do and what they have completed. As for Google Keep, it’s like a digital sticky note which could be cool because you can share them and color code them, but I kinda like my real life sticky notes better. Overall, it was a great webinar and I did learn some stuff that I might use in Calendar. 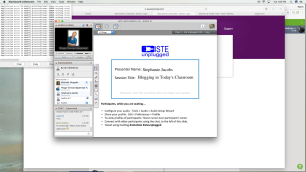 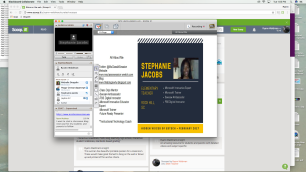 I just started my last summer session class which is Blogging in the Classroom so I was really excited about this webinar! The present, Stephanie Jacobs, was very knowledgable and is a successful blogger herself which is inspiring. One of her main points is that you need to blog about what you like and your interests. Just because you are an educator doesn’t mean that you only have to blog about education. The more passionate about your blog posts, the better they are going to be. She also pointed out that when writing a blog post you should write it like you talk. It will personalize your blog and your readers will be able to sense your personality through your writing. The three major takeaways for me during the presentation were to include lots of pictures because they add a nice aesthetic to your blog, always be positive, and to get parent permission before allowing your students to create their own blogs. She also talked a lot about how blogging has increased her PLN and how she is grateful for all the people she has met online in the blogging community. This was a great presentation! 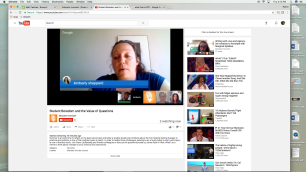 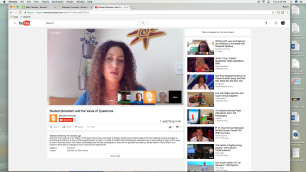 This webinar was based on YouTube, but it was through Educator Innovator. There were no options to chat with anyone or ask questions because they had disabled the chatroom area. What they were talking about was student boredom and how, as educators, we can help change it. They gave suggestions like including active learning in your classroom and working in small groups. They said to make sure the work your students were completing was meaningful and tied to their future. The group of speakers also discussed the importance of having teachers guide the students and allow the learners to motivated themselves through exploration and questions. This wasn’t my favorite webinar that I attended because I couldn’t participate but I still would say that I learned some things.